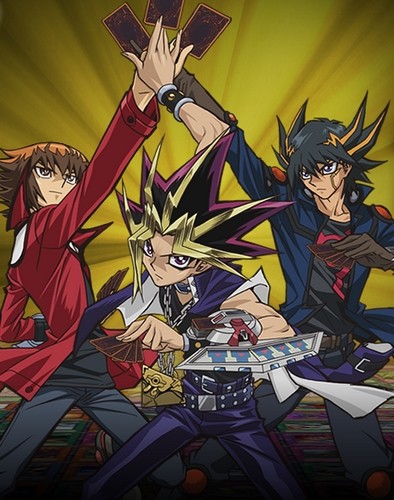 Plot Summary: While riding with Jack Atlas and Crow Hogan, Yusei Fudos's Stardust Dragon is captured by Paradox, a mysterious Turbo Duelist from the future, during a Turbo Duel and turned into a Sin Monster. With the help of the Crimson Dragon, Yusei chases after Paradox as he enters a time slip, ending up in the past. During this time, Paradox duels against Jaden Yuki, who is still able to use the powers of Yubel and The Supreme King. However, by this time Paradox had also captured Cyber End Dragon and Rainbow Dragon and overwhelms Jaden. He is saved thanks to Yusei and the Crimson Dragon. Jaden informs Yusei of Paradox's true intentions. By stealing various monsters from across time and turning them dark, he plans to kill Maximillion Pegasus, the creator of Duel Monsters, preventing the game from being created and causing the events of all three series to never happen. Yusei and Jaden agree to pursue Paradox, which leads them to the past and causes a meeting with the King of Games, Yugi Mutou. However, by the time Yusei & Jaden arrive, Paradox had already attacked his time, supposedly killing both Pegasus and Yugi's grandpa, and had also managed to steal Blue-Eyes White Dragon and Red-Eyes Black Dragon. After explaining everything to Yugi, he agrees to fight with Yusei and Jaden against Paradox in the ultimate three-on-one duel to free the trapped monsters and save both the world and time itself before it's too late..