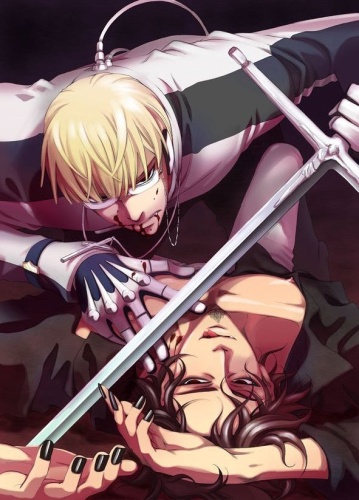 Plot Summary: * Based on a manga of the same name by Kurono Nanae, serialised in Comic Blade Zebel and later in Comic Blade Avarus.Vampires Charles J. Chrishunds (Charley) and Johnny Rayflo have a strange relationship. Charley is a cyborg and a vampire hunter for the Vatican, while his master Johnny enjoys a playboy lifestyle. While fighting crimes involving vampires, Charley struggles to control his lust for blood..