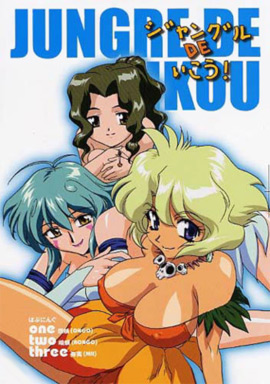 Plot Summary: The archaeologist father of a young girl named Natsumi returns from a dig in New Guinea with a statute as a gift for his daughter. Unknown to Natsumi is that the statue is the seal for the God of Destruction and Chaos,Ongo. She releases Ongo when she puts on the jewel earrings of the statue. Instead of being a horrible monster, Ongo turns out to be a super-deformed jungle boy. Natsumi then has a dream where Aham, God of Earth, appears before her. He is a perverted old shaman that has a large horn covering his private parts. Aham gives Natsumi the skull necklace that allows her to transform into the extremely busty Flower Goddess Mii. To transform, Natsumi must do an erotic and perverted dance, transforming when she seemingly orgasms. This sets the tone for the rest of the series, as any other magic that a female performs is accompanied by a dance..