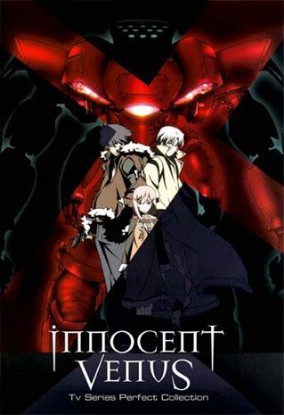 Plot Summary: In the year 2010 AD hyper hurricanes devastated large parts of the Earth, with a death toll of over five billion humans. The well-established global economy and powerful military organizations were wiped out. North America, Russia, and Northern Europe are now covered by glaciers; large land masses sank in the oceans — the world's topography dramatically changed, with humanity on the brink of extinction, and civilization in utter chaos. The Japanese government created special economic areas which have achieved a limited degree of recovery after the disaster. Powered Assist Technology, which had long been under study, played an important role there restoration efforts. However, outside of these economic zones, in the surrounding slums, there is widespread poverty. The ruling class calls themselves Logos and maintains its position by force of arms, making full use of the Powered Assist Technology in their military. They call the poor Revenus, who are exiled to live outside the special economic areas.Time has passed since then. Katsuragi Jou and Tsurasawa Jin, escape from Phantom — a special unit created by Logos to keep the Revenus in check, and to hunt down renegade elements — taking with them a mysterious girl, Nobuto Sana. There are many factions interested in her, and so Jou and Jin face continued opposition protecting Sana, and the unspeakable secret connected to her past..