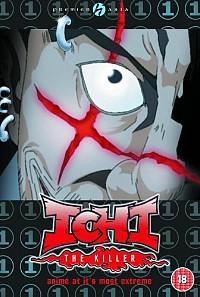 Plot Summary: He wears the number 1 on his back.Eyes red from crying, he screams incoherently as he creates death all around him.What does it take to create an insane assassin who only feels primal lust when he sees life slip from the eves of the living?Koroshiya or Ichi the Killer Episode 0 is the prequel to the film which was edited heavily in it's release to other countries outside of Japan due to the nature of it's excessive gore. The live action suddenly becomes cheesy prop blood and dark humour which then pales in comparison to the spirit of psychopathy involved in the molding and twisting of Ichi during his youth..