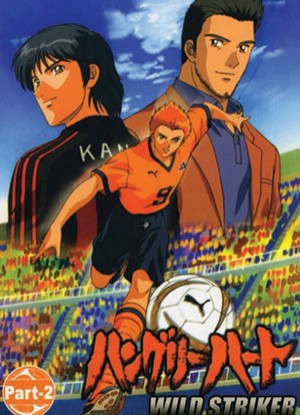 Plot Summary: Kyosuke Kano has lived under the shadow of his successful brother Seisuke all his life who is a professional soccer player. Tired of being compared and downgraded at, he abandoned playing soccer until a boy from his new highschool discovered him and asked him to join their team. Kyosuke joins it and befriends two other first year players named Rodrigo and Sakai with the dream of becomming professional soccer players themselves. Kyusuke Kanou, a robust teenager of 16 sports orange hair and aspires to conquer the world of soccer as a forward. But somehow the shadow of his renowned elder brother Seisuke, a midfielder for AC Milan falls upon his career. Threatened by inferiority complex, he decides to give up soccer. Yet, destiny reunites him with football as he accidentally becomes the coach of the women’s soccer team of his school . Thus, his journey to fulfill his dream begins portraying his path of struggle. Backed by his helpful teammates and wellwishers like Miki, the girl’s soccer team captain and Mori, the manager, he proceeds forward in life..