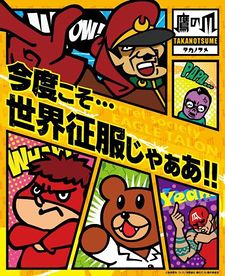 Plot Summary: Eagle Talon, a secret society based in Kojimachi, Tokyo, with plans for world domination, isn’t a secret society anymore! In fact, it’s a famous society, known by just about every household in Japan there is, because Eagle Talon went nation-wide with golden time on NHK!.