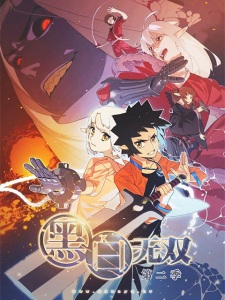 Plot Summary: The opposite bank of Lethe River is Boundary Realm with all night along, keeping the balance of the world’s deaths by ghost messengers. Black and White Warriors are ghost messengers collecting spirits from the Human Realm. Xiaohei and Xiaobai, a pair of Black and White Warriors at the bottom, whose relationship became delicate after experiencing the incident happened inside One Hundred Ghost Great Seal. At the same time, Xiaobai’s true identity began to surface….