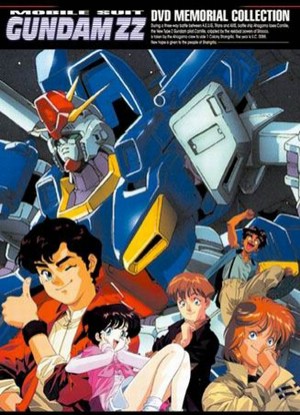 Plot Summary: The year is Universal Century 0088. Directly after the end of the Gryps War, Haman Karn and her army of Zeon remnants on the asteroid Axis begin their quest of reviving the lost empire of the Zabi’s, and proclaim themselves as the Neo-Zeon. With the Earth Federation as hapless as ever, only the Anti-Earth Union Group (AEUG) is able oppose the plans of Neo-Zeon. In need of all the help it can get after being decimated in the previous war and losing many of its key members, the AEUG ship Argama enlists the aid of a young junk collector from the Side 1 colony of Shangri-La named Judau Ashta to pilot its newest mobile suit, the Double Zeta Gundam..