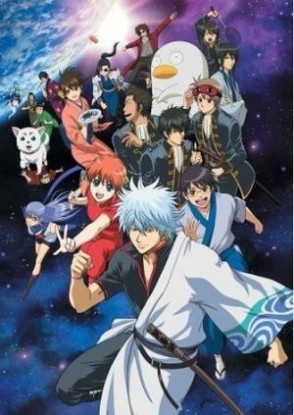 Plot Summary: The Amanto, vicious aliens from outer space, has taken over the country of Japan. It has suppressed all the samurais by prohibiting the usage of samurai swords. Sakata Gintoki is one of the few remaining samurai. Along with Shimura… Gintama is a rare case that is rated G for everyone. Every single episode in the series has unique storyline and actions. The story follows Gintoki as he assists victims of the the Amanto’s invasion by fighting with the shinsengumi and the aliens. Hope you enjoy the show as most of our staffs did. Genre: Action, adventure, comedy, drama, fantasy, science fiction, Historical, Parody.