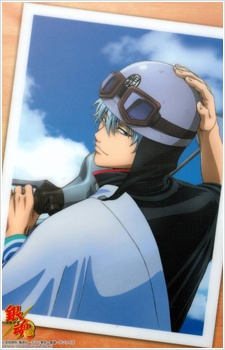 Plot Summary: According to Tsutaya Online, the DVD of Gintama: Shinyaku Benizakura-hen will be released on December 15th. A new special will be bundled with the limited edition. It's the running gag of Ben Johnson episode where animation staff reuse the New Years footage; Yorozuya would sit around the kotatsu eating a bowl of tangerines. They discuss elaborate subjects, Shinpachi complains about reusing animation footage, and then Gin-chan always ending the gag with a pointless announcement..