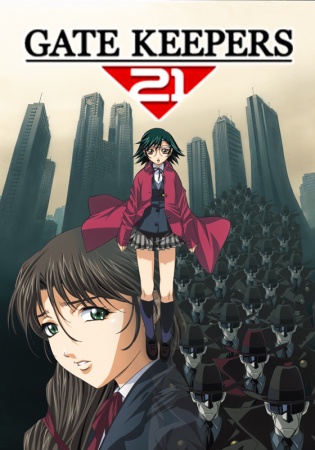 Plot Summary: Thirty-two years have passed since the initial defeat of the Invaders. A.E.G.I.S is all but dismantled now and has become an underground organization consisting of only a few Gate Keepers left to save humanity. One of the members, Ayane Isuzu, is sick of society as a whole, though she continues to defeat the Invaders out of spite for her father. Suddenly, she learns of the revival of Machine General (Kikai Shogun) and Devil Count (Akuma Hakushaku), but a mysterious ghost girl now accompanies them. It is up to Ayane and the remnants of A.E.G.I.S to stop them and save humanity once again..