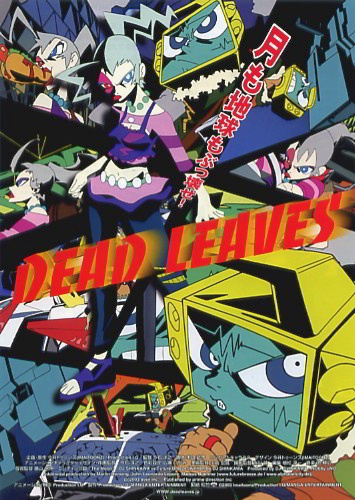 Plot Summary: Pandy and Retro, two unlikely renegades, awaken naked on Earth with no recollection of their past. After embarking on a devastating crime spree for food, clothing and transportation in downtown Tokyo, they are captured by the authorities and sent to the infamous lunar prison called Dead Leaves. After a brief incarceration, they discover that the prison is really a top-secret cloning facility, occupied by villainous prison guards and deformed genetic experiments. High-speed frantic action combined with hyper-violent and semi-humorous chase scenes follow as the two decide to break out of the prison with the aid of their fellow mutant inmates..