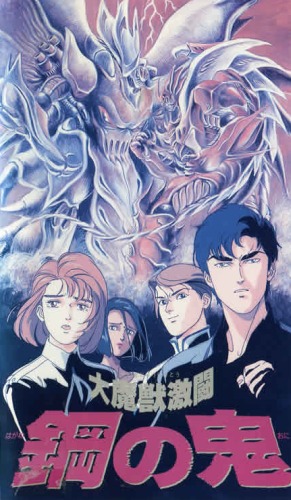 Plot Summary: It starts off in a familiar sort of way. Mankind has got it's collective act together enough to build a high energy physics lab. And, barring the collective howls from anyone who'd want to work on it, have built it on a featureless island in the middle of some ocean. This lab procedes to discover a new sub-atomic energy source which, being humans, we turn into an energy beam weapon and mount on a satellite. We also test it on a spare aircraft carrier. And while the weapon is more successful it also causes a strange black vortex to occur, from which emerges a huge and strange statue. An on-site mini-submarine crew, against their own wishes for self preservation, are ordered to grab a sample..