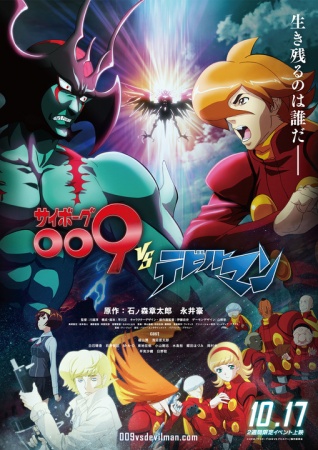 Plot Summary: Cyborg 009 VS Devilman is a crossover anime which was announced separately as new works of Cyborg 009 (in March 2015) and Devilman (in April 2015). The two were later revealed to be a single work. It was screened in theaters for a two-week period beginning October 17, 2015, before being released as OVAs. Ishimori Production co-sponsored the production as part of the 50th anniversary of the Cyborg 009 manga..