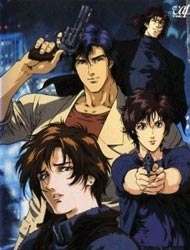 Plot Summary: Ryo Saeba (aka the City Hunter), is a private detective in the city of Tokyo. Together with sidekick Kaori Makimura, Ryo is hired by actress Emi Makaze to find her long lost brother. The woman's brother turns out to be "The Professor", a dillusional ex-soldier who's planing to destroy the Shinjuku district of Tokyo. Kaori is assigned to guard Emi, but they both get caught up in the Professor's scheme. The City Hunter must save them, without allowing downtown Tokyo to be destroyed..