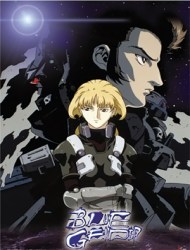 Plot Summary: Yuji Kaido was diagnosed with a serious disease and cryogenically frozen. He wakes up more than 20 years later—and Earth is nothing like what he remembers. A race of alien bugs called the Blue have taken over the planet, and a few select humans have retreated to the space station called Second Earth. Yuji is met by a group of humans from Second Earth that is trying to save him. Yuji and this group must survive the Blue-infested Earth and fight their way back to Second Earth. Things are not as simple as they seem, as the Blue are both powerful and mysterious, attacking only humans..