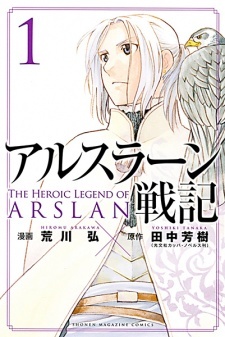 Plot Summary: It has been announced that Hiromu Arakawa's Arslan Senki manga will bundle OVAs in the fifth and sixth volumes, to be released on May 9 and December 9 respectively. The first OVA will include an original story supervised by Hiromu Arakawa, while the content of the second OVA has not been announced yet.