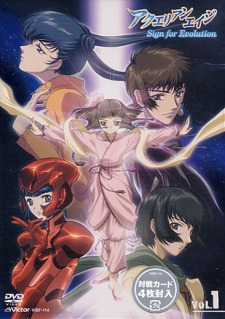 Plot Summary: Five supernatural factions have been fighting against each other for who knows how many centuries, with the beginning of Aquarian Age always in mind. Kyouta, soon begins to see visions of mystical girls fighting, except they do exist. Soon he and his girlfriend Yoriko become involved and the battle for Earth and Aquarian Age lies in their hands..