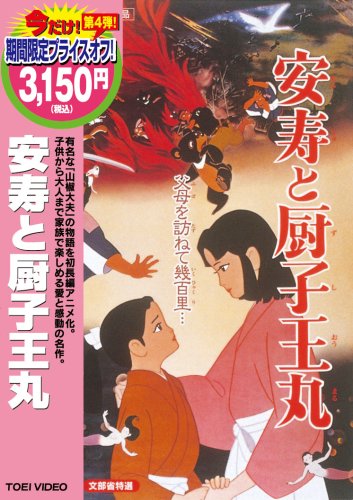 Plot Summary: After their father quarrels with local military men, Anju and Zushio are forced to flee, but they are captured and sold into slavery. When their mother dies, they are sold to Sansho the Bailiff, a cruel man who subjects them to hideous torments.While Anju falls into a lake and is transformed into a swan, Zushio escapes and after being adopted to a nobleman grows to a young man. He will then fight to defeat the evil Dayu and free all the slaves..